ABC Tissue Products has a very strong sense of social responsibility for the broader community.

Over the past decade alone we have donated over $6.2 million dollars to a variety of deserving Australian causes including tsunami and bush fire relief and also helped establish and fund ABC Tissue Express to assist people with vision and hearing problems in Cambodia and mainland China.

ABC Tissue Vision was established by Henry Ngai, founder of ABC Tissue Products in 2009. This charitable institution provides free treatments for patients with cataracts and pterygium. To date, over
15,000 patients in Cambodia and China have been successfully treated. 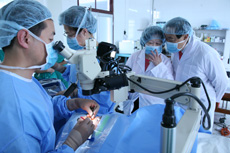 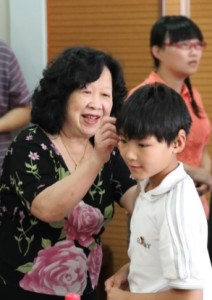 ABC Tissue Hearing Express is also established by the owners of ABC Tissue Products. This benevolent organisation provides hearing aids to the people with impaired hearing in China. With the help of their friends and associates, approximately 40,000 sets of hearing aids have been donated to date. Apart from the delivery of hearing aids, time and effort are also donated by the founders along with teams of volunteers to assist proper installation and operation of the device, in the hope that more people in need can be reached in the shortest possible time. 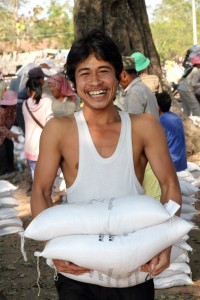 ABC Tissue Charity Express is again, established by the owners of ABC Tissue Products. Winter clothing and rice are donated to the people in need on a regular basis, and also when disaster struck. In 2012, 64,000 thick winter jackets were donated to China, along with 650 tonnes of rice to different provinces in Cambodia. Their donations also extend to charities in Australia including Father Chris Riley’s Youth Off The Street, and the Exodus Foundation.

The Australian Red Cross provides relief and care to people throughout Australia in times of crisis. When disaster strikes the Red Cross is first on the scene. In showing it’s ongoing support to such a committed organization ABC Tissue Products has donated in excess of $310,000, assisting in funds like the Cambodian Flood Appeal, the Myanmar Cyclone Appeal and the Haiti Earthquake Appeal.

Blue September is a fantastic initiative that encourages men to face up to cancer. In proud support of this organisation ABC Tissue Products decided to do something a little different.

Exclusive to pharmacies, Quilton 3 Ply Toilet Tissue was printed with messages of cancer awareness, simple tips on how men can stay healthy, as well as fun sports trivia and jokes. For every Quilton Blue September pack purchased a donation was made towards valuable medical research and patient support. In 2011 over 99,000 packs were sold and a sum in excess of $200,000 was raised. A brilliant effort by everyone involved. 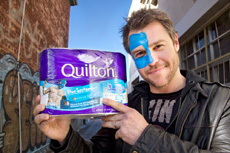 The Salvation Army offers caring assistance for people once disaster has struck. They help pick up the pieces in the aftermath, providing significant assistance to both young and old. In support of this cause we have proudly donated more than $138,000 to appeals such as the Queensland Floods and the Christchurch Earthquake trying, where possible, to help make the recovery from natural disasters a little less painful.

World Vision helps over 20 million people every year by providing relief in emergency situations, as well as working on long-term community development projects that address the cause of poverty and help people move towards self sufficiency. As a proud supporter of World Vision we have donated over $120,000 in the last six years to appeals including Tsunami Relief and the Pakistan Earthquake Appeal.

ABC Tissue Products is dedicated to offering continued financial support to hospital and healthcare systems throughout Australia and Asia. In the last decade Quilton has raised over $1.2 million, donating funds to Westmead and Sydney Children’s Hospitals and charitable organisations including Breast Cancer Institute of Australia and the Cambodian Red Cross.

Whenever natural disasters strike, ABC Tissue Products continues to show unfettered support and compassion. Over $750 000 has been donated to a variety of appeals such as the Canberra Bushfire and the Qinghai Yushu Earthquake, helping communities and individuals clean up and rebuild their homes and lives.

From children through to the elderly, ABC Tissue Products is dedicated to supporting individuals and their needs. This includes assisting charities such as the Variety Club of NSW and the Indo-Chinese Elderly Hostel, where over $330,000 has been donated to date.

ABC Tissue Products actively encourages and supports future generations of Australia. By donating to education institutions such as the University of New South Wales, the University of Sydney and the Chinese Language Education Council, we are proudly nurturing Australia’s young minds.